I prayed hard for UP to win the next games and for me to secure tickets for me and my friends. Aki, my little impatient boy was with me in SM so I can get more tickets. Haha. After what felt like 3 days of waiting I finally got my tickets. I learned that after they called my number, the tickets were already sold out. Thank you, Lord for hearing my prayers. I realized that having hard-to-get tickets was like choosing your wedding entourage or your kids’ godparents. First, you make a mental shortlist and from there comes the difficult task of deciding who gets to join you on this momentous day. Haha. 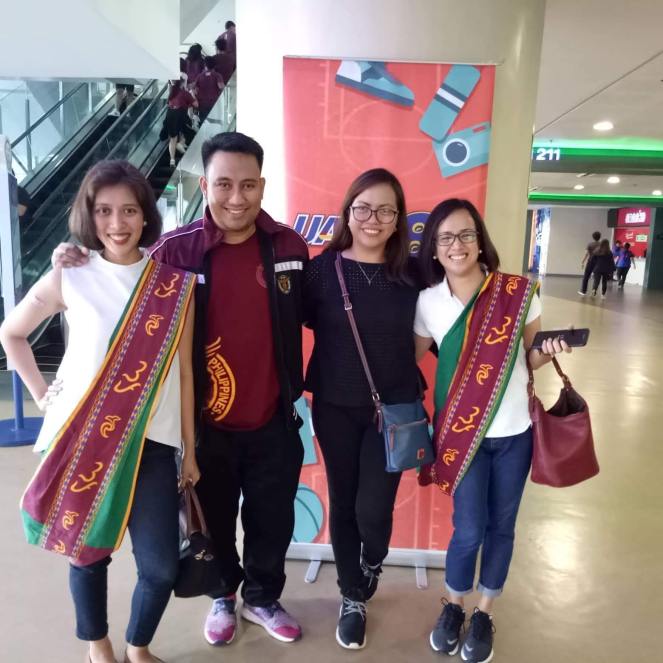 After the series, my biggest realization was that there is so much hope. Hope for UP Maroons. We did not win the title, but everyone knows that last season was ours. From zeros to hero, what the team did was heroic. With 2 star players coming in next season, we are all claiming that #Atin82. Hope for Philippine basketball. Ateneo’s win was super well-deserved. Thirdy Ravena was unstoppable. The plays were wow! I can’t wait for the players and I hope the coaching staff too, to play for the national team. Hope for unity. I don’t know of any UP alumni who is not proud of our roots but unfortunately, we are a disorganized bunch. Thanks to the UP Fighting Maroons, the UP spirit was awakened. Singing UP Naming Mahal with thousand others gave me goosebumps. I was a crying mess even before the game started. Haha. It was like EDSA Dos and the movie 300 combined. I can’t describe it. Infectious hope. Feeling something big is about to happen. The energy from the crowd. The fighting spirit of our players.

Thank you, UP Fighting Maroons! Next season uli, please!