What I love about Manila Hotel is that major attractions in the area are within walking distance. Luneta was just across the street. No Luneta trip is complete without paying homage to our national hero. 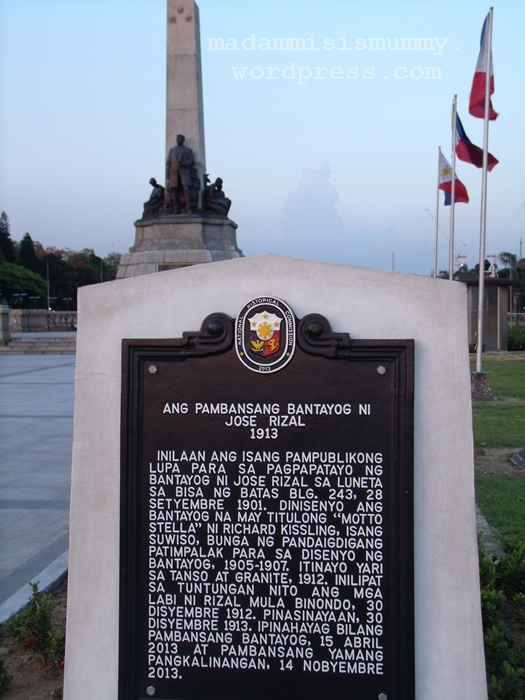 It was high time that Aki learns about Gat Jose Rizal who happens to be our ka-baranggay in my dad’s hometown of Calamba. Who knows, we might be distant grandchildren our town’s pride. Aki wanted to know more about why the Spaniards killed Rizal and how they did it. I told him about the firing squad but it was a challenge to explain colonization, KKK and Rizal’s non-violent stand to a 4 year old. 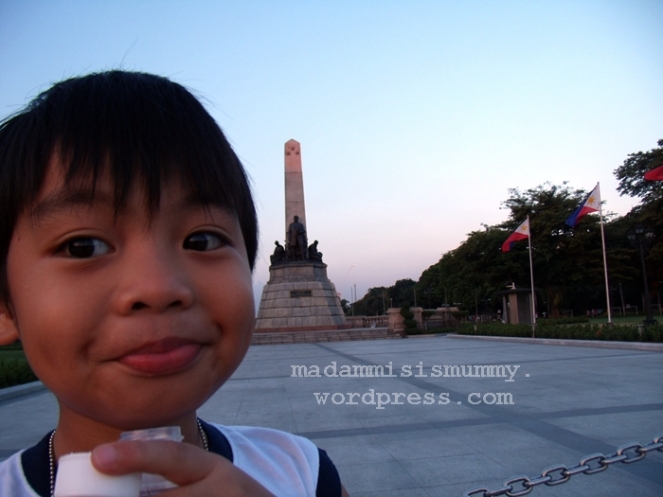 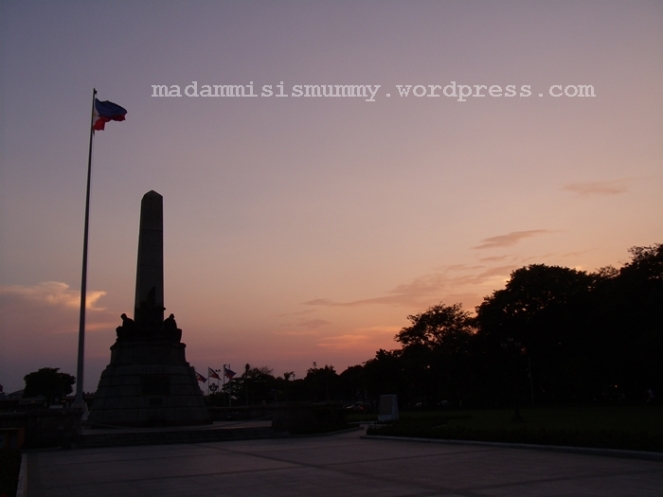 The reason why Aki forced himself to wake up was the promise of a trip to the playground. What I did not know is that the Children’s Playground is on the other block. So thankful that my semi-sleepy and semi-excited kid is not used to sitting on strollers. He walked all the way to the other end. Here’s what we saw on our way

Isn’t this the cutest police station? 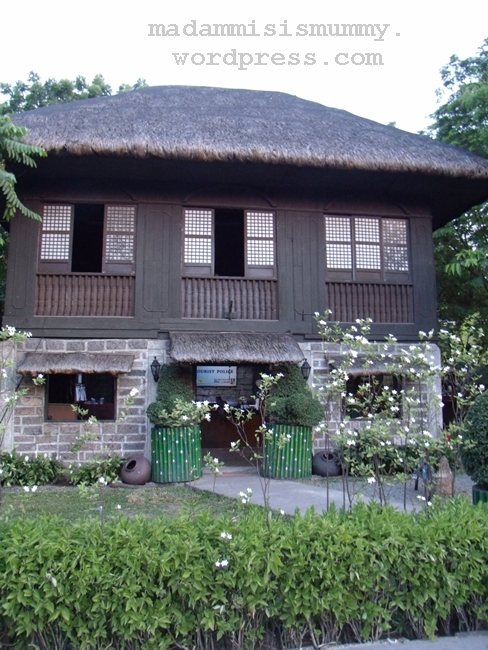 Huge Lapu-lapu statue and a photobomber 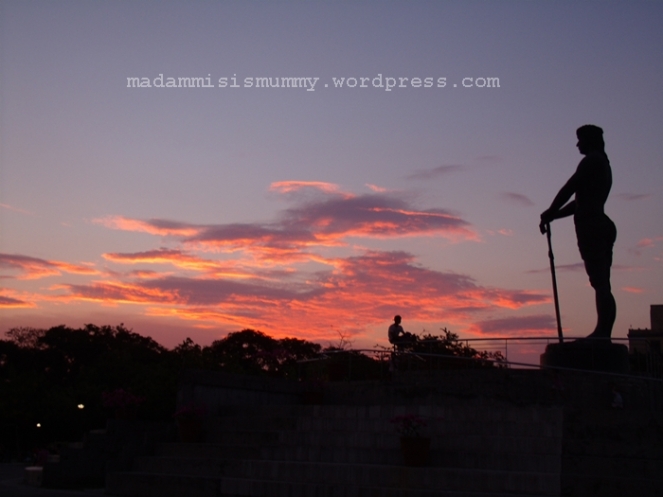 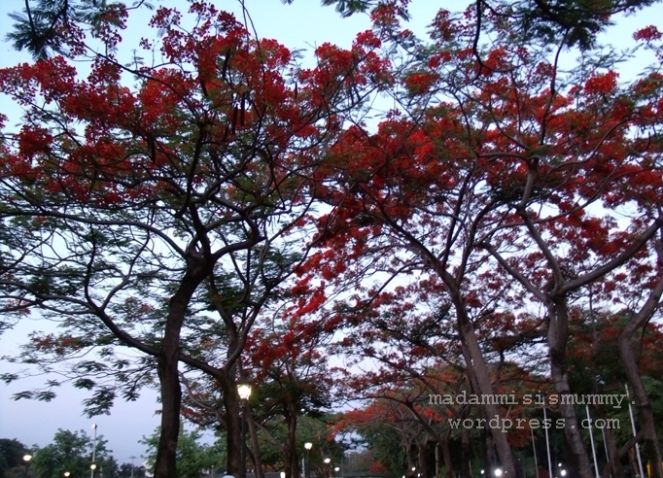 Park activities for the month of May. I wish we have a park here in Paranaque 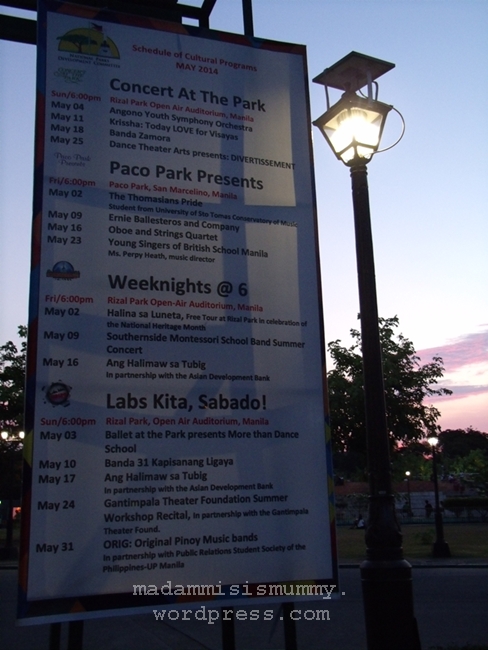 By the time we got to the Children’s Playground, it was almost dark. 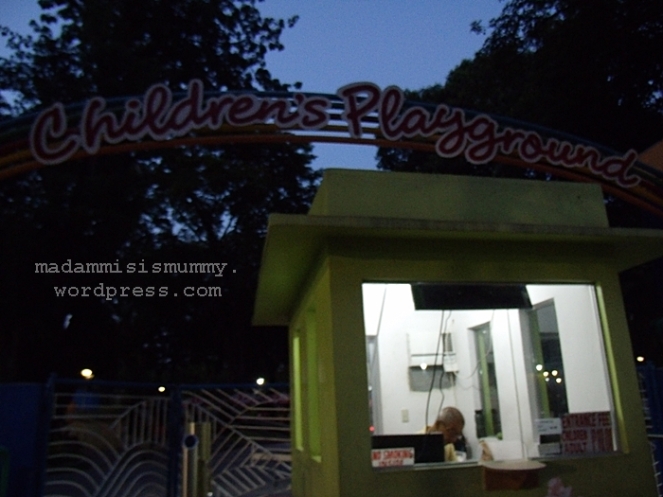 I could hear my husband scolding me in my head. I told Aki that we can’t stay for long because the playground was not well lit. There were a lot of families but I was still uncomfortable.

Aki tried 2 slides, one seesaw, had pictures with dinosaur statues and we were done. Next time, we will go earlier. 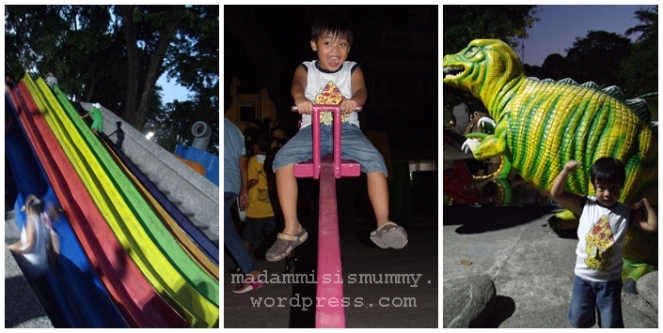 On our way back, I was pleasantly surprised that there was a light and fountain show. So nice but there were a lot of people so I was still feeling anxious. According to the one of the photographers I spoke with, the park downplayed the show that night to give way for the ongoing senior citizen Sta. Cruzan. The usual light show was 3x better as per Manong.

I was so relieved when we got back to the hotel. My plan was to have dinner and a tour in Intramuros that evening. However, Franco sounded tired over the phone. His bubble bath was ready when he arrived in our room. After the boys enjoyed their bonding time in the bath tub, we headed to the lobby and had dinner.

Manila Hotel Clubhouse Sandwich and Adult Spaghetti with Meatballs. The portions were big. We had leftovers which we ate for lunch the next day. 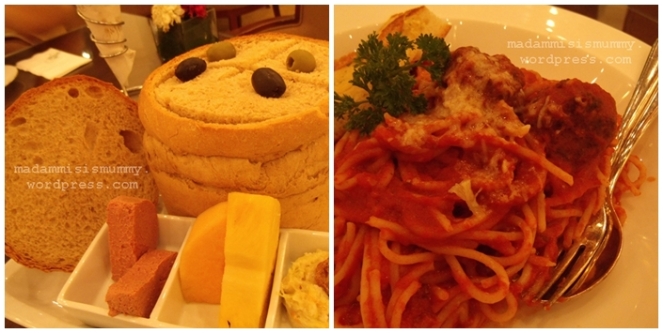 Went back to our room, cuddled in bed, enjoyed the cable TV, said our prayers and went to sleep.