Family and friends, I would like to introduce you to our new mysterious pets 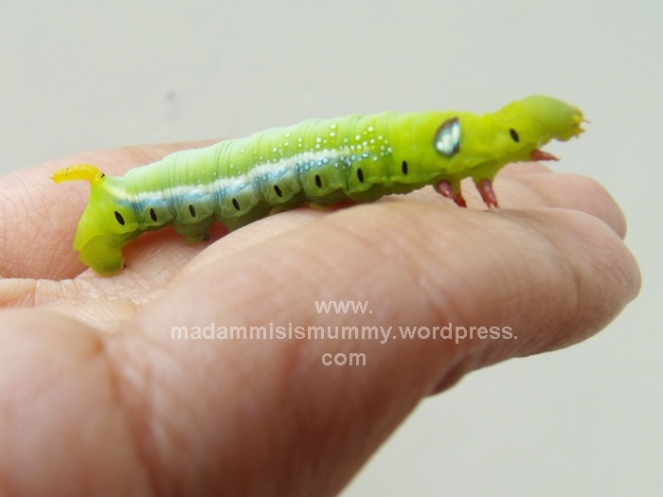 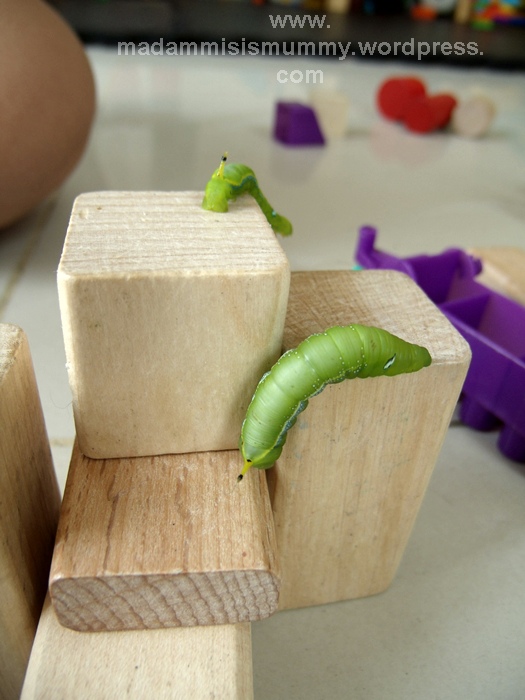 I discovered three of them inside a garbage bag. Being nosy does have its advantages.

Aki and I immediately fell in love with them. They are much cuter than the usual caterpillars that we have in the garden.

We did not want them to get bored so Aki made an obstacle course. 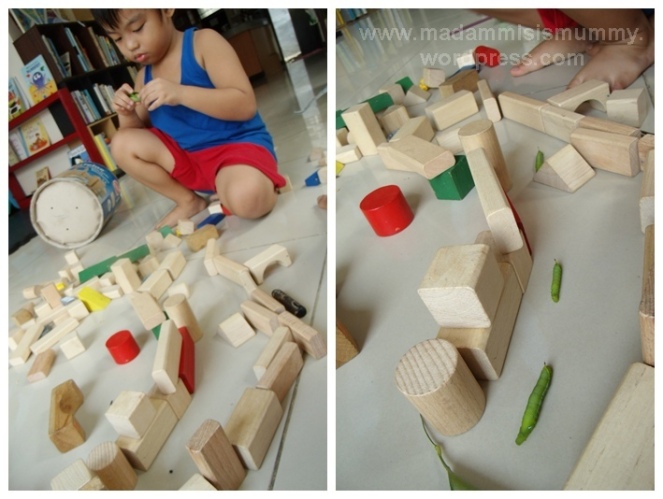 Later, he also made a “farm” but I was not able to take a picture of it.

Aki probably sensed that the chubby cuties were getting tired. We transferred them to the calamansi plant, home of the original caterpillar pets. We made sure that those evil birds don’t get to eat our babies so we covered the plant. OA?? I know! That’s me! 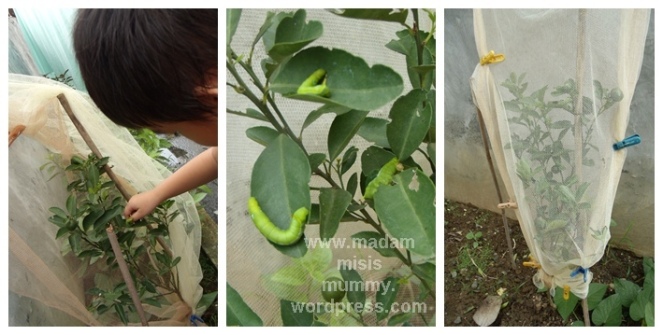 What surprised me is that the caterpillars refused to eat from the plant. They also kept on trying to escape.  I found this weird because normally, caterpillars would happily munch on calamansi leaves. But for my little chubbies, they could not stop looking for the exit. I made sure that the edges of the tulle were tightly rolled but somehow, one by one the caterpillars managed to get out.

A few days after, I found them again. Instead of finding the 3 crawlers, I found at least 25 of them! It dawned to me that they have their own favorite plant. They were not “at home” with the calamansi. They grew and grew

and grew! And then they were gone. Each day, I would see less and less caterpillars. Now, they are nowhere to be found. I wonder why. I doubt if the birds ate them. They were too big and heavy. Did they turn into snails? When the caterpillars disappeared, the snails arrived. Or maybe, they are not even caterpillars. Maybe they are just colorful travelling worms. Oh life’s great mysteries. If you have information on our missing pets ( what they are called, where they go, what butterfly did they come from), please share.

18 thoughts on “Those Mysterious Chubby Pets”